Prior to the 1930s, right of way acquisition could be classified as “hit and miss”. Serious, legitimate valuation attempts prior to the start of acquisition were rarely made. Agents were not formally trained and came from various backgrounds. In 1931, Frank Balfour entered the right of way profession with the California Division of Highways (DOH). Training at the DOH in those days involved being paired with a senior agent. Frank was simply given a stack of documents and told to “get them signed”. The inconsistent methodology among agents created a poorly organized work force and a potentially dangerous work environment. Frank recognized the need to bring right of way people together for the profession to really flourish.

In 1933, Frank met with George Mitchell, Right of Way Agent for the Los Angeles County Road Department. As a result of that meeting, the two decided to start the Southern California Right of Way Association (SCRWAA). The purpose was to bring everyone involved in public and private right of way land activities, including, appraisers, title workers and attorneys together to unite their efforts. The goal of this unification was to elevate right of way work to a professional level. In December 1934, the first meeting was held, the first Executive Committee was elected with Frank Balfour as its president and Chapter 1 was formed.

In 1935, the name of the association was changed to the American Right of Way Association. In 1936, the first draft of a Right of Way Procedure and Land Acquisition manual was published and the first 12-week course on land title was held. 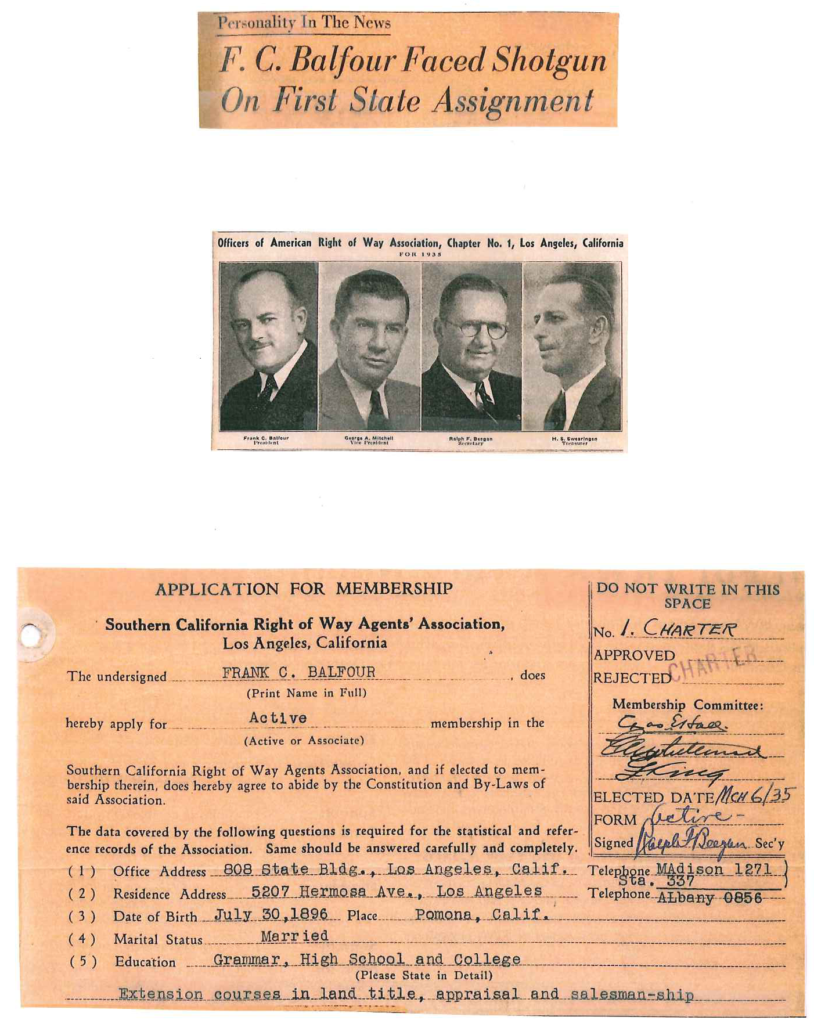